Railways built on permafrost has settled unevenly as the ground melts, resulting in a 'roller coaster' buckling effect. The ballast supporting the sleepers in some parts of the line has also collapsed leaving bent rails suspended in mid air. The Russian rail network is one of the biggest in the world with its 85,000 kilometres of track. The tracks where predominantly built in the Soviet era from the 1920s to 1991 before being inherited by the Russian Federation. 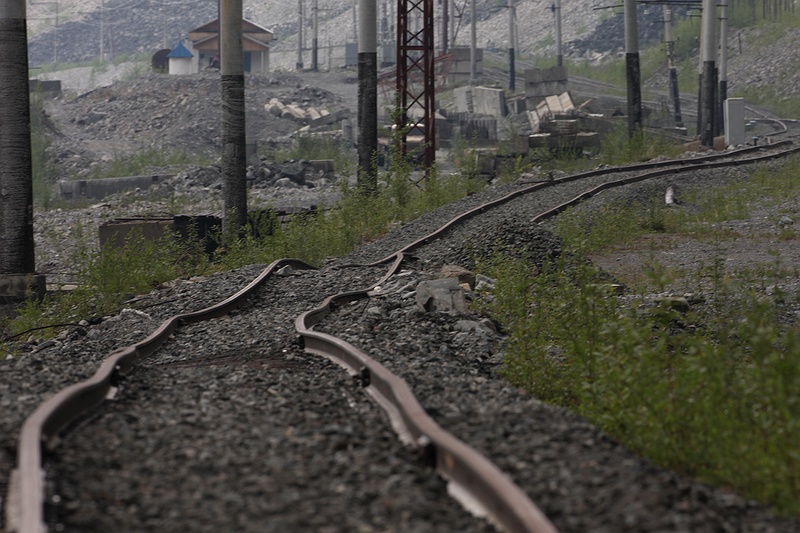