Java with its 136 million inhabitants is one of the most densely populated regions in the world and one of the most vulnerable places to the effects of climate change in South-east Asia. Indonesia's increasingly overpopulated capital Jakarta is located in the north of the island. Java is of volcanic origin with a mountainous back bone that runs through the centre of the island. South of the equator in-between Sumatra and Bali, the yearly average temperature here is 22°C to 29°C and the humidity is agonisingly high at around 75 percent.

Indonesia is usually in the news for the third largest Co2 emitter, deforestation of it’s bio diverse forest, palm oil and the destruction of peatland carbon sinks. But it is here climatic problems such as droughts, shifting precipitation patterns and floods will have the biggest impacts on livelihoods, health, food security and water outlined in the UNDP report. 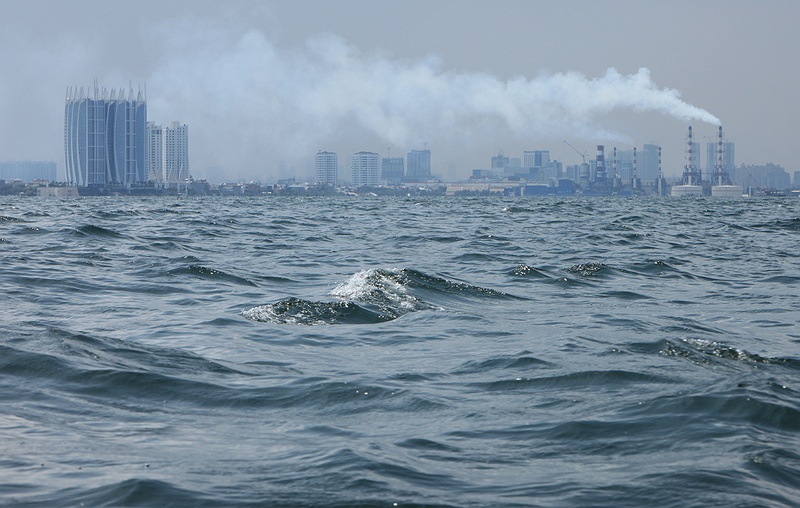 Thirteen rivers reach the sea by Indonesia’s capital on Java's northwest coast. With a population of almost 10 million and forty percent of the city below sea level, Jakarta is one of the most ...

A cloud of exhaust fumes and the stench of dead fish hangs like a heavy, dirty rug. A cacophony of vehicles, shouting sellers, clanking sack barrows, crying babies and boat horns announce your ar...